The masculinity contest at work 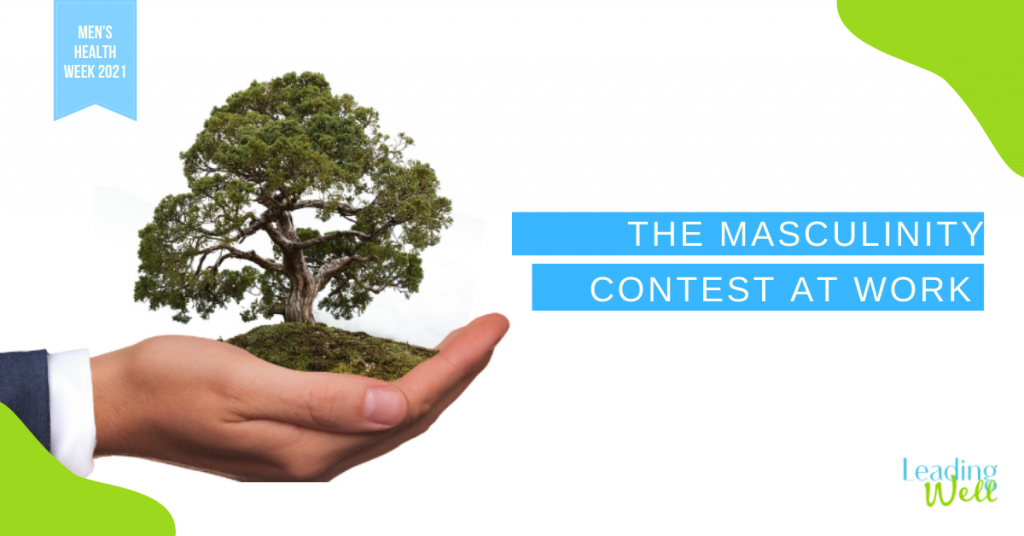 This week we will be publishing a series of articles for Men’s Health Week 2021, focused on the well-being of male leaders – Board Directors, CEOs, Executive Managers and General Managers.

Many men feel particular pressure to prove themselves as “being a real man”, especially to other men. It can feel like a test, a contest. Being a man or manning up also means ‘to not be a woman’. Those men who do not respond to that pressure to be in the contest are often thought as different, unusual or strange (and thought of by the real men as ‘probably gay’).

Men are naturally competitive. Testosterone, the major male hormone, increases our belief that we are going to win and increases our fearlessness and risk taking. High blood testosterone concentrations can give us a feeling of irrational exuberance, infallibility and a need to win. And winning releases dopamine and testosterone, and the cycle continues.

Organisations often reinforce the contest by rewarding the ‘real men’ who emerge as winners in the contest, entitled to status and resources. And so the contest can start defining the organisation’s culture.

In two studies these correlated with

So the men in the contest and all of those around them (more than merely spectators) can be affected by the contest. I expect you are reminded of examples of the masculinity contest at play in the Board room, in the Senior Executive team, in managers and in your co-workers.

The challenge: Given the effects the masculinity contest at work has, are you going to play in the contest? Does your organisation need a major shift in its thinking?

Contact me  if you’d like to start up a conversation about the masculine contest at work and what can be done to change organisational thinking if you believe it’s time for the contest to shift.